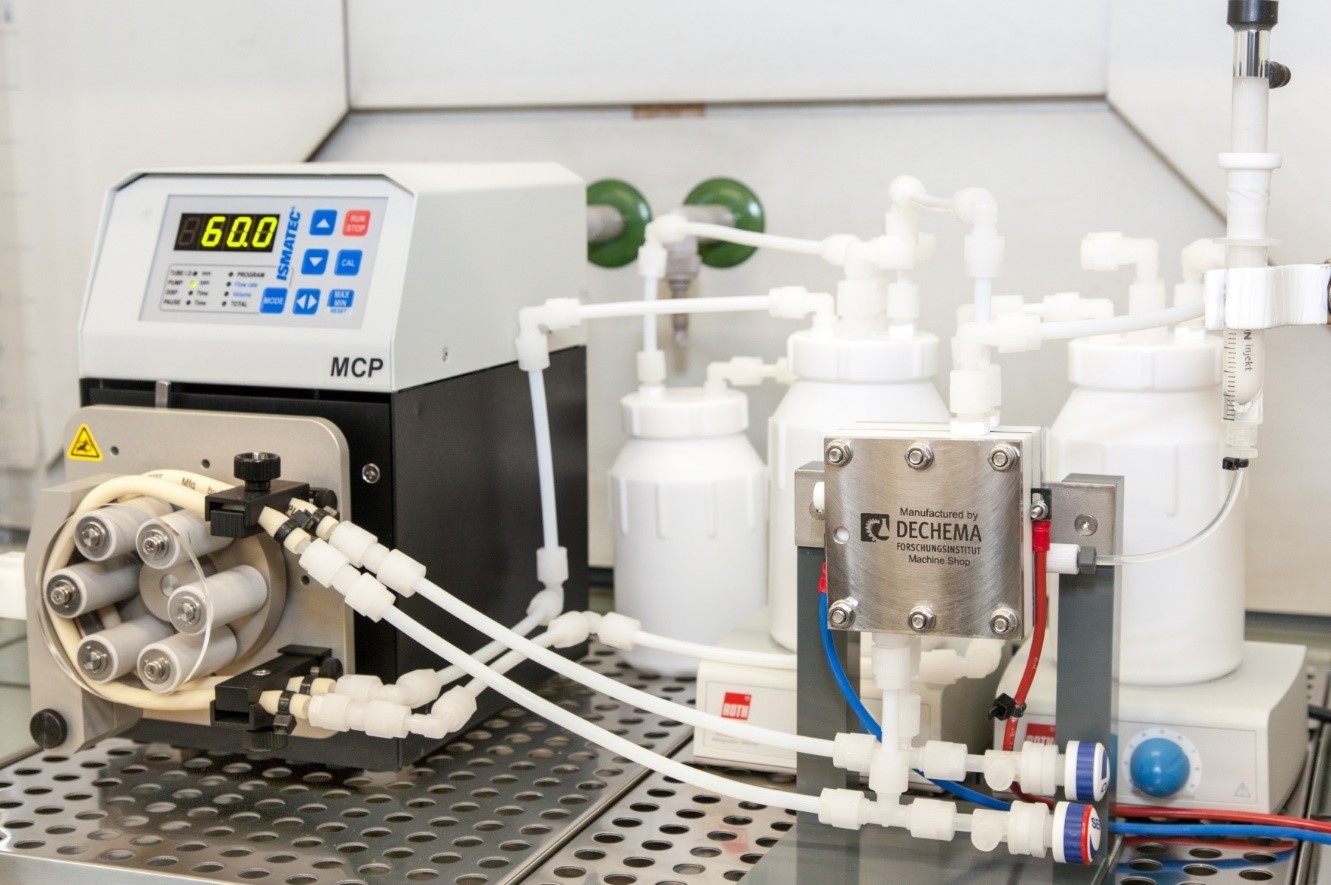 Resistant pollutants originating from waste and process waters and accumulating in the environment are a major challenge for society and science.

Together with the DWI at RWTH Aachen University, a process is being developed that combines adsorption and electrochemical degradation, using innovative electrolysis cells with boron-doped diamond electrodes (BDD) and newly developed carbon nanotubes (CNT). Both electrode materials were initially characterized separately at the DFI and DWI research facilities and have now been put into operation together for the first time in an electrochemical cell.

The cell was tailor-made by the research institutions according to the specific requirements for both electrodes and is produced by the DFI and DWI workshops themselves. In the module, the X-ray contrast agent sodium diatrizoate and the perfluorinated surfactant ammonium perfluorooctanoate, which is primarily relevant for fluoropolymer production, have already been fully mineralized.

Customized electrochemical cells, such as the one shown in the figure, can also be manufactured to your order by the DFI workshop according to a wide variety of requirements.