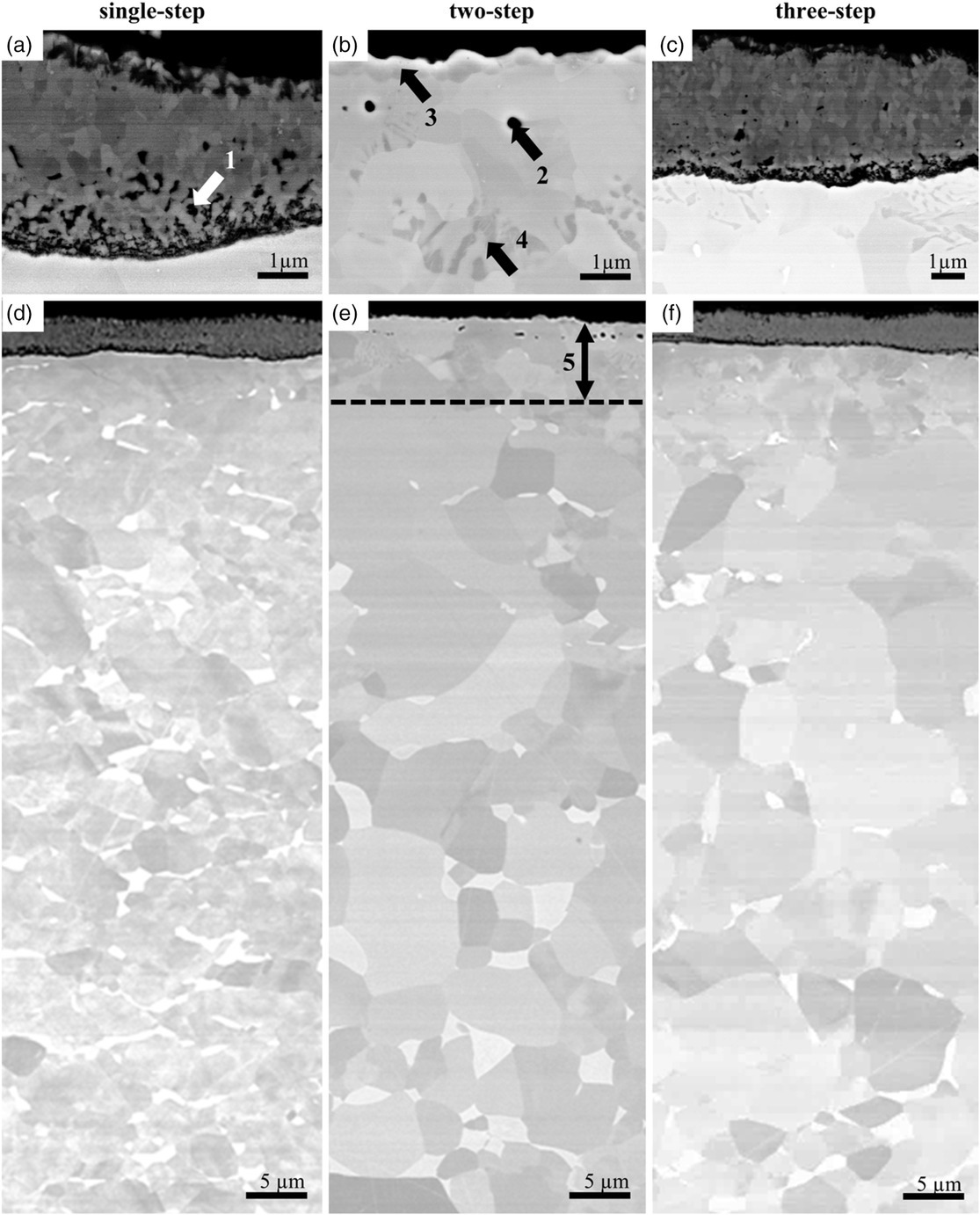 BSE SEM cross-sectional analysis of the surface and subsurface region of thermal oxidation treated specimens after the a,d) single-step, b,e) two-step, and c,f) three-step process.
Reprinted with permission according to the Creative Commons License.

Thermal oxidation is a promising technique to improve the tribological properties of Ti6Al4V. Herein, a single-step process consisting of oxidation in air, a two-step process with an additional solid-state oxide layer reduction step under vacuum, and a three-step process with an appended final oxidation step in air are applied to Ti6Al4V. The oxide layer adhesion after the three-step process is improved compared with the single-step process. This improved adhesion is not due to a different nature of the oxide layers because oxide layers obtained during the single-step and three-step process show a similar morphology and composition. Instead, it is ascribed to the presence of an optimized oxygen diffusion zone with two distinct regions: a gradual decrease in oxygen concentration from the maximum possible oxygen concentration at the oxide–substrate interface until a depth of 20 μm followed by a near-linear decrease until a depth of about 85 μm. Both regions are also visible in the correlated microhardness-depth profile.